Assessing Next Steps with Cal Am Desal ... Watch for More Info.

Cal-Am's desal proposed wells are mostly underground (not under the ocean) and would pump 17,000 acre-feet of brackish (salty) groundwater from under Marina. This is five times more water than Marina Coast Water District's own wells pump.

Pumping out the brackish water will allow seawater to flow into the Salinas Valley Groundwater Basin.

Cal-Am has no water rights to take groundwater from the overdrafted basin that serves MCWD's 35,000 customers in Marina, the Ord Community, Seaside, East Garrison, and other communities. We believe Cal-Am will never obtain this right and are in litigation now to prove it.

Cal-Am claims they won't harm Marina Coast's wells, but they can't prove it. We can't live with that. 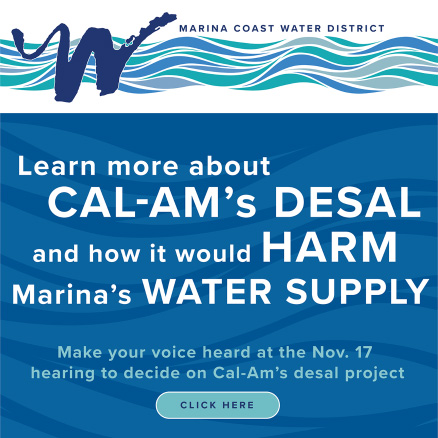 Cal-Am's desal would permanently impact Marina's coastline by unjustly adding a major industrial facility on its dunes and beaches.

Marina already carries more than its share of infrastructure for the region, including a sewage plant, garbage landfill, the last sand mining operation on the west coast, and contaminated former military sites.

The water from Cal-Am desal would be used for cities other than Marina, leaving all harm with Marina and sending nearly all the water to wealthier Peninsula communities.

The Coastal Commission noted, in an August 25, 2020, staff report, that the Cal-Am project "involves the most significant environmental justice concerns the Commission has considered." 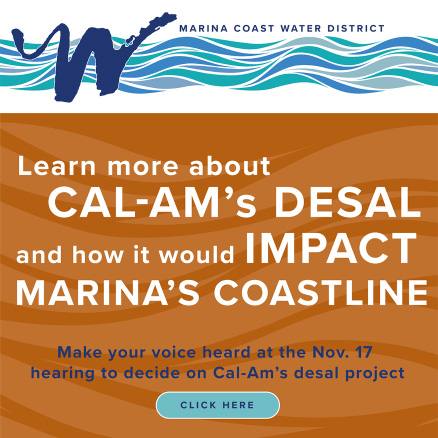 The Cal-Am desal would build on and damage vital open space and natural habitat on Marina's dunes and beaches.

The Cemex site where Cal-Am wants to build the slant wells has the highest rarity ranking of "critically imperiled" by the CA Dept. of Fish and Wildlife.

The Cemex Settlement Agreement requires this property be restored and forever dedicated to conservation and low-impact recreation.

A 1990s agreement prohibits the exportation of groundwater from the site. 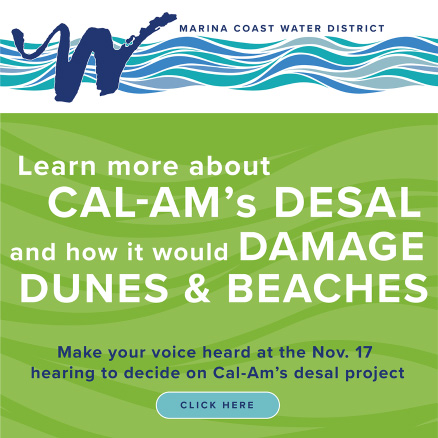 Cal-Am's desal would build on and damage Environmentally Sensitive Habitat Areas (ESHA) on Marina's dunes and beaches and will adversely impact threatened and critically endangered species.

Cal-Am's desal is a private, for-profit project seeking Marina's water sources outside its own jurisdiction without any legal water rights.

Marina will not benefit from this project but will suffer harm to its dunes, beaches and environment. 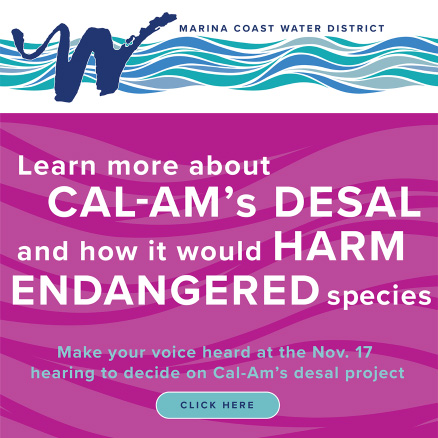 Cal-Am's desal project is not needed because the expansion of the already-functioning recycled water project (Pure Water Monterey) can meet the needs of the Peninsula.

The California Public Utilities Commission is expected to approve the Pure Water Monterey project this month to deliver an additional 2,250 acre-feet of water annually by early 2025 at less than half the cost of desal.

Cal-Am is already meeting its water needs while complying with its Carmel River Cease and Desist Order.

Three independent studies, including one by the California Public Utilities Commission Public Advocates, agree that the Pure Water Monterey recycled water expansion will meet Cal-Am's water needs until 2040 or 2050.

Of course, Cal-Am cannot charge customers a profit for the cost of purchasing recycled water. It can, however, charge a 9% profit on capital investments like this unnecessary plant, generating large returns for private investors. 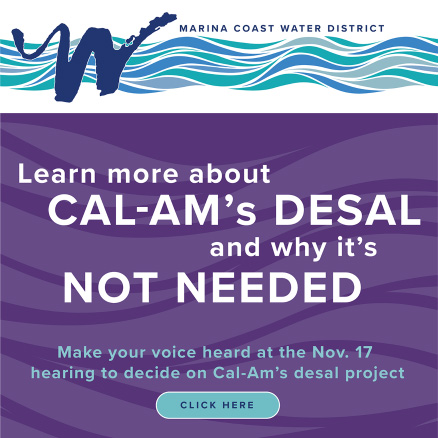 Help and resources to comment to the Commission are available at the Citizens for Just Water website.

More information on how to participate in the Coastal Commission Hearing on November 17: In person in Salinas or the Marina Council Chambers is available here.